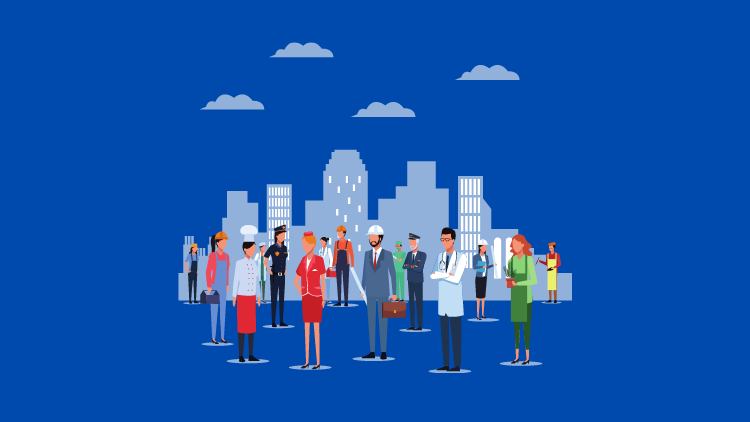 Today, the financial experience for SMBs is cumbersome and lacks appropriate tools for businesses smaller in size. Some fintechs that tried to take on this sector woke up to a sour reality that it was more complicated than anticipated – this led corporate spend management startup Brex to stop serving the wide category of what constitutes SMBs and narrow its focus on startups instead.

The Brex situation was also a symptom of the current macro environment where fintech funding continues to decrease, forcing many companies to make really tough choices and reprioritize their businesses.

Layoffs have been happening all over the space – in May, Klarna laid off 10% of its workforce, and in June Amount announced it was laying off 18% of its staff.  Now that the money tap is turned off, many fintechs need to prove their ability to stand on their own two feet.

Nevertheless, there were faults with the business model as well, Brex’s competitors argue. Leveraging interchange fees as a way of making money was a bit short sighted, according to Andrew Jamison, CEO of virtual card platform Extend – there are certain software capabilities people should have to pay for, it can't always be free on the back of payments.

This was similar to comments by Thejo Jote, founder of Airbase, a rival spending management platform for SMBs, who said that running a business on interchange fees is “a race to the bottom.”

“This is hopefully the beginning of the end of the crazy VC-fueled delusional business models which assume you could build a profitable software business on the back of low-margin interchange revenue,” he said in a post.

But for many fintechs, that was too hard to sell upfront – they would rather give away the product for free with the hope of charging a fee sometime later on.

“Software is going to have to have a price associated with it, because that's the only way these businesses survive. And by the way, they deliver plenty of value for it. It's just that we've educated the customers in such a way that they think everything should be for free,” Jamison said.

Extend is selling software, and its clients are banks across the US. Instead of targeting the SMB sector by offering an alternative to traditional banking services, Extend took a different approach – it decided to try and fix the system from the inside.

“Most fintechs try to burn down Rome and say ‘Rome is useless to us, now let's go rebuild a new city’. In our perspective, that's not quite true, there are many things that do work. We wanted to take on the role of an innovator for existing banks, thinking of how to help them with their aging technology and innovate in the marketplace,” Extend’s CEO Andrew Jamison told Tearsheet.

Jamison believes in a symbiotic relationship between fintechs and incumbents. Fintech allows for better allocation of capital, with less bureaucracy and more ability to pivot or to adapt as one discovers things through rapid iterations of innovation. In a large company, this would be really hard to do.

The challenges for traditional banks center around their infrastructure, which was built decades ago and can no longer support the type of speed, accuracy and scale required by modern consumer and business needs and expectations.

And there’s also the issue of capital – in a large financial institution, much of the capital allocated internally mostly goes to compliance, not innovation. In his 12 years working in the commercial division at American Express, prior to leading Extend, Jamison’s largest project budget was of $5 million – not enough to compete with fintechs that are raising tens or hundreds of millions.

But even if banks want and have the budget to digitize their operations, their starting point would need to involve the products and services they already have in place. Fintechs, on the other hand, don’t have this challenge as there’s no baggage – they can come to market with an entirely new product.

However, banks have a competitive advantage in the fact that they already have a large customer base, which tends to be very sticky – people don’t change banks often as it’s a cumbersome process without much of an upside, and it's even harder for businesses.

For fintechs, building and acquiring customers is really expensive. And this is a big reason why Extend is going for the partnership approach.

“Banks have very sticky customers, so I'd rather innovate from within. I have no intention of going away from the banks” Jamison told Tearsheet.

Plus, banks are now starting to see the benefits of partnerships, in terms of getting capabilities in the market faster, and introducing a whole new slew of services, making it a fruitful environment for software-as-a-service fintechs.

“The fintechs have pushed banks to the edge of the precipice where they said, if we don't innovate, we're in trouble. I think the banks have invested heavily in digital tools, in partnerships, in order to make sure that they continue to push their roadmap forward,” Jamison said.

Extend raised $40 million last year in a Series B investment, and according to its chief executive, decided to be more reserved with the money. In an environment where talent was getting increasingly expensive, Jamison thought it wasn’t sustainable to go and hire people at ‘exorbitant’ rates, because it didn't give him the unit economics to be profitable in the long term.

But once the market started normalizing, the company started to recruit again and get talent back through the door, hiring around 30 people this year. Given the tighter budgets, there’s also a wider talent pool available now, which helps fintechs like Extend with unit economics.

It’s all part of the market cycle, and considering that prices have adjusted and valuations compressed, Jamieson expects some consolidation activity around banks and fintechs, pointing to American Express acquiring Kabbage as an example of the type of deal we’re likely to see again.

“I think banks are now going to step right back into the role they play, which is by your side in good and bad weather. They're there because they support so much more than just cards and other things, they support your whole ecosystem. And I think the traditional banks are better prepared now than they've ever been before,” he concluded.

0 comments on ““We have no intention of going away from the banks”: Extend CEO Andrew Jamison on running an SMB-focused fintech in a downturn”