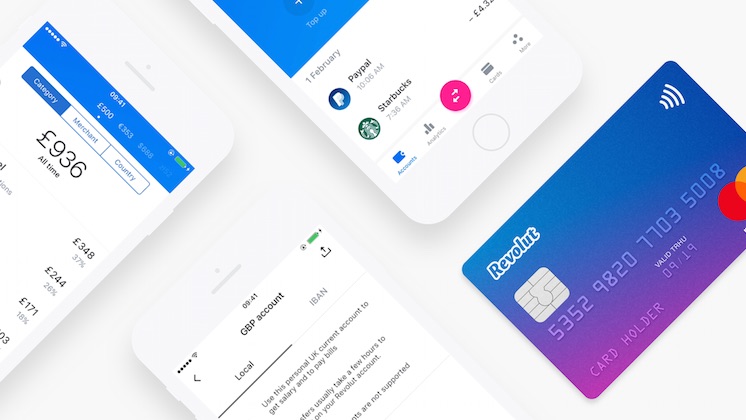 Revolut has begun to roll out "disposable" virtual cards.

The U.K. bank now autogenerates temporary credit card numbers linked to customers' actual account numbers to use in their online shopping. Banks including Bank of America, Citi and, most recently, Capital One, already have the same feature. Revolut said it's been testing the feature for at least six months, though customers have been asking for it since at least August 2016.

"Revolut is delivering an important digital fraud fighting tool to the very customers who are most likely to use it -- the denizens of the digital world -- millennials," said Michael Moeser, director of payments at Javelin Strategy and Research. The important thing for banks to remember when building on their security is that customers tend not to think about it in terms of what’s most secure; they think about what’s easiest. “Consumers will always choose the path of least resistance, and if you rely on your consumers to be interested in their best interest when it comes to security, that’s probably not going to happen,” Ryan Fox, director of consumer identity at Capital One, said at an industry conference last year. Earlier this month Capital One launched “virtual numbers” so customers don't have to enter their actual credit card information when they check out of their shopping experiences -- which isn't just a security play, but also a way to make payments and banking more convenient for customers and strengthen relationships with retailers by removing any incentive for customers to abandon shopping carts. Revolut is also promoting existing features like location-based security, the ability to freeze or unfreeze cards and being able to disable functions such as contactless and swipe payments. Online card fraud increased 9 percent across Europe from 2015 to 2016, to $2.2 billion, with the U.K and France accounting for 73 percent of online card fraud in Europe. Card-not-present fraud has increased from 50 percent of gross fraud losses in 2008 to 70 percent in 2016. Revolut, which has 1.5 million customers last month reported that it broke even -- rare for a challenger bank. The company's revenue streams are based on a on a “freemium” model, with a free basic account whose customers can opt to pay for add-on services, and a premium tier that costs just under $10 per month that offers unlimited currency transfers, free travel insurance and other promotions. The bank plans to launch in the U.S. later this year.