‘PIN on glass’ is still a novel concept for U.S. retailers 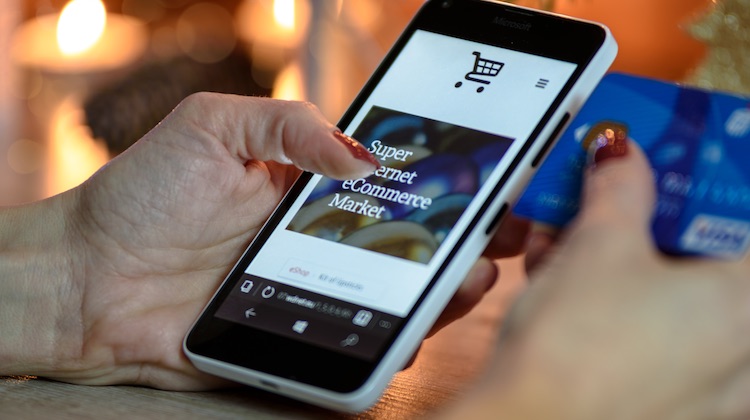 Though common in Europe, chip cards with PIN numbers still haven't caught on in the U.S. But a mobile chip-and-PIN terminal could nudge more retailers to get on board. Payments company Ingenico rolled out mobile card reading technology Wednesday that turns merchants' mobile phones into point of sale terminals. Similar to Square card readers, merchants connect an external device to their phones, only by Bluetooth. Customers are then prompted to enter their PIN numbers on the screen. It's currently being beta-tested in Europe. Chip-and-signature cards have become ubiquitous across the U.S.; as of December 2017, 96 percent of U.S. payment volume took place on chip cards, according to Visa. But chip-and-PIN cards are catching on much more slowly. Next month, however, major credit card brands are getting rid of signatures making room for PIN numbers to replace them. A mobile solution would makes it easier on retailers to roll it out cheaply. "This is a major win for retail merchants," said Michael Moeser, director of payments at Javelin Strategy and Research. "It drastically lowers the cost threshold for card acceptance; merchants will no longer be forced to buy expensive, dedicated point-of-sale terminals and PIN pads to accept cards." Over a dozen retailers contacted by Tearsheet declined to comment for this story, though some are testing mobile point-of-sale terminals. For example, more than 900 North American Gap stores are equipped with them, which the company said has resulted in more purchases made and higher customer satisfaction rates in those locations. While most large retailers have already invested in chip and pin technology, the cost may be prohibitive for smaller merchants. But large retailers could use the technology to roll out payment kiosks in areas of a store that may be far away from physical point-of-sale terminals. Mastercard, which worked with Ingenico on security principles and evaluation criteria for the PIN on Glass product, said it's applicable to a range of retail payment use cases. "Smaller merchants benefit from being able to start accepting electronic payments using their existing mobile device, and there are certainly benefits to other merchants involved with mobile point of sale solutions who may find the entry of PIN on the application as a compelling user experience," said Bruce Rutherford, senior vice president of security standards and solutions at Mastercard, in an email.

The interaction of a physical card with a mobile phone that's become a point-of-sale system can be seen as a transitional step from card to mobile payments, especially when mobile payment adoption is still low in the U.S. market.

Despite the advantages of a mobile point-of-sale with chip-and-PIN, there are hurdles to wide adoption. Larger retailers may still be reluctant to offer it, since it may affect loyalty schemes, offers and promotions, advertising and data analytics, Margaret Weichert, a principal in EY’s banking practice and the Americas lead for payments, recently told Tearsheet. Smaller merchants may also have to update their point-of-sale systems to do this.

"In many cases the micro merchant may not have the risk of fraud that EMV Chip and PIN prevents in the first place," said Brendan Miller, principal analyst at Forrester. "Micro merchants may know their customers personally, or are selling items that are not very enticing to a fraudster such as cup of coffee or sandwich out of a food truck."

0 comments on “‘PIN on glass’ is still a novel concept for U.S. retailers”