Why Digit is moving beyond chatbots 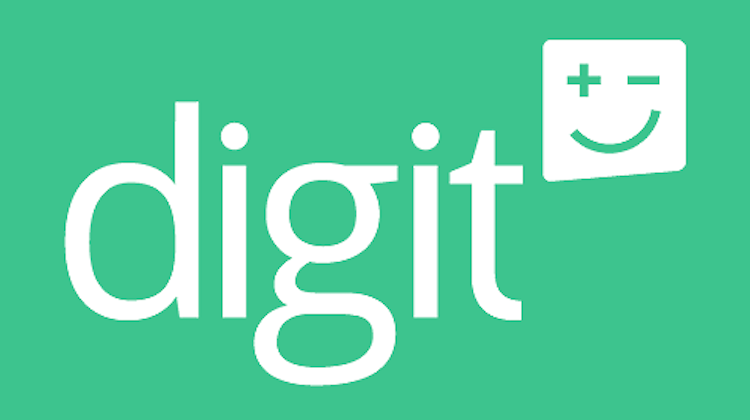 Digit says it’s over chatbots because they haven’t lived up to their promise of engaging customer interactions.

The three-year-old automated micro-savings app was one of the earliest iterations of a financial services-related chatbot that based on maintaining a conversational relationship with users over SMS text messages. It would push users simple, pithy updates giving them a basic understanding of how Digit was saving and a snapshot of their finances. As the product evolved, it launched native apps for iPhone and Android users, beginning with the same messaging-first orientation.

But that’s over. The company came out earlier this month saying they were scrapping its SMS text-based experience and moving into an app that pushes users the most relevant alert, based on their latest activity and the time of day. Now, instead of writing a reply, users can take action with just a swipe or a click.

“We realized we want to do more complicated and deeper interactions for our customers’ financial lives,” said Samar Shah, Digit’s head of operations. “Creating a simple interface-based experience is the next easiest way to get the information our customers need to them as fast as possible and to have the input we need given to us in the fewest amount of actions and clicks.”

It’s likely that Digit’s bigger problem is that it needs a better and easier-to-monetize value proposition, which drives the need for a new user interface — not the user interface itself. Digit had a fairly successful product when in its earlier days, but lacked a clear revenue stream, making that success short-lived. When it introduced a $2.99 monthly fee, customers revolted, so it’s no surprise that now, Digit, like so many other financial institutions and startups, is looking to deepen their customer relationships by designing more opportunities to input data through the app redesign. Inevitably, the company will learn more about its customers and be able to create products that go beyond the savings function.

“We’ve been able to succeed in automating savings but the challenge is to be able to continue to have our customers trust us in making financial decisions as we take them further into other parts of their financial life,” Shah said.

Digit is going to continue to do what initially brought it success, Shah said; to the company that means “looking at various financial decisions customers have to make in order to achieve their financial goals and figure out ways to build features that automate those decisions,” with savings the starting point. However, he declined to share details about its product roadmap.

“It’s unclear to me whether chatbots just won’t work, if the technology’s not good enough or if some of these companies are just facing the problem of how you acquire, maintain and grow customers,” he said. “The chatbot is not 100 percent the reason it wasn’t working. We have this saying: if it’s not 97 percent efficiency or better, it’s useless. There’s no way Digit — or even Siri or any of these apps — are 97 percent efficient about what you ask them. But I think they’re getting better.”

The investor said his firm was initially drawn to Digit because Facebook Messenger was becoming the number one app in the iPhone App Store and research showed it was dominating the time customers spent in apps. It was intrigued by the potential to build financial services applications directly into that experience without having to download or switch apps.

There was an enterprise piece to it too: there are many high-cost call centers and backend functions at large-scale financial firms that work in “chronic customer service” answering customer questions about the most basic things, making it harder to scale and lowering profit margins. Technology could help remove all of that messiness.  That VC firm still believes in the enterprise application.

“All consumer facing fintech companies will expand beyond their initial product offering because the numbers don’t often work. [Digit] is going deeper into goal-based things and leveraging the savings to do just that.”

0 comments on “Why Digit is moving beyond chatbots”