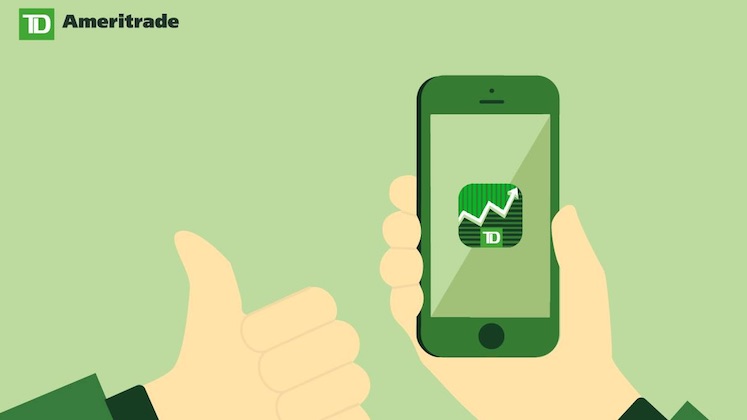 Stock trading can be done while scrolling through your news feed. At least, that’s what TD Ameritrade is hoping. The brokerage has launched new capabilities for its Facebook chatbot, going beyond providing information to more functional approaches. The bot can now handle trades for equities and exchange-traded funds — a way to drive business from millennials and other social media-reliant consumers.

Though the brokerage firm initially launched the bot back in August, it’s been able to handle trades since late October. TD Ameritrade’s moves are part of a bigger trend in the industry where traders are increasingly sharing information over digital channels, and companies like Robinhood and StockTwits are overseeing their own social trading spaces. But as far as Facebook chatbots go, TD Ameritrade is among the first of the major brands to take the leap.

“Finance is complex, jargony and daunting; how do we break down these barriers and make finance and investing simple?” said Sunayna Tuteja, director of emerging technology and innovation at TD Ameritrade. “One of the most important ways to do that is you have to go where the consumers are, and more of them are spending time on social networks.”

The TD Ameritrade Facebook Messenger bot is both an educational and trading tool. Customers can ask the bot to define terms or link to explanatory videos. For trades, it can guide customers step by step, and it’s trained to detect when a customer is getting frustrated and when to escalate to a human. For the more tech-savvy, a series of commands can let the chatbot do the heavy lifting, such as “I want to buy 100 shares of Apple at limit price 168 from my brokerage account expiring today,” Tuteja said.

To TD Ameritrade, the advantage of Facebook as a platform is its ubiquity. As a channel, Facebook has 240 million users across the U.S., and the Messenger feature is a way customers can monitor their portfolios and connect with friends and families simultaneously.

“I like to think of the use case of my own parents,” Tuteja said. “They’re thinking about retirement and wanting to keep up with their portfolios, but they’re also small business owners and time is at a premium; my dad can use Facebook Messenger to stay in touch with the family and can easily log in to his TD Ameritrade account and keep up with how the markets or how his portfolio is doing.” Beyond changing communication methods, for the past two years, TD Ameritrade has rolled up social media analysis for its trading clients. Social media sentiment boils down to what informed observers are saying about brands and companies or quick-developing real-life events that may have an impact. Called “social signals,” the brokerage firm uses a proprietary algorithm to pull together sentiment on Twitter, including how many times the company or its brands were mentioned, sentiment indicators and what a company’s most-tweeted brands are. Across the trading community, social media data is being taken more seriously. For example, Robinhood recently launched a social network that functions as a go-to spot for all things investing, including views from its own users alongside those of Wall Street analysts. To longtime players in the social trading space, the culture of millennial investors is driving this change.

“Our demographic is getting younger, and they tend to make buying decisions in different aways than their parents — it’s more discovery-based and more social-based,” said Ian Rosen, CEO of social trading platform StockTwits, founded in 2008. In addition to serving as a place to trade and share ideas, StockTwits does sentiment analysis based on its members’ comments.

Use of social data at the retail investor level is a sign of how far it’s come as a credible source of intelligence for investors. “The early adopters [of social media data analysis] were always these more cutting-edge hedge funds who were looking for a particular edge,” said Ed Oliver, director of finance sales at Dataminr. “It will eventually trickle down to a more consumer and retail focus, and the fact that TD Ameritrade and companies like that are looking at ways to use social media to inform their own clients makes a lot of sense.”

For TD Ameritrade, the challenge is keeping up with customer needs as they evolve.

“The velocity and variety of technology coming at us is exhilarating; we’re definitely trying to stay on top of it, but what we think is more profound is changing customer behavior based on expectations,” said Tuteja. “Consumers are saying, ‘I expect the same experience that I had with this app from my financial services company’ — they don’t care that we’re regulated.”