With Acorns deal, PayPal turns into a bank 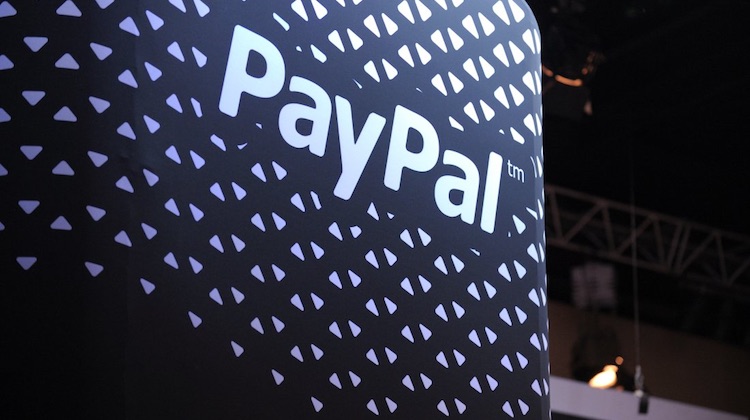 PayPal is introducing its customers to investing.

The third-party payments giant now allows its customers to set up and use Acorns, the micro-investing app that lets users invest “spare change” into one of five low-cost ETF portfolios, within PayPal — both online and in the mobile app.

PayPal has 16 million merchant accounts and 203 million consumer accounts. To date it takes deposits, offers reloadable debit cards and has consumer credit and small business loan offerings, though it just sold its consumer credit business to Synchrony Financial; it owns the popular Zelle-rival Venmo and is growing its own PayPal mobile offerings; and it’s extending its reach into brick-and-mortar through mobile wallets and through recent collaborations with Visa and Mastercard — it’s even bringing Venmo to in-store merchants.

Add a wealth management offering to its non-payments financial services offerings. PayPal, the biggest U.S. non-bank financial services provider, has practically become a bank — and it’s executed every move on its mantra of bringing financial services to the underserved, a demographic of little interest to its larger financial services peers. Now, it’s customers with small deposit accounts who, in some cases, probably aren’t able to access investment services because small account holders are generally seen as too expensive for traditional financial firms to service will be able to invest their funds into an ETF via PayPal.

“It’s been clear for a while that PayPal has a vision to democratize financial services,” PayPal told Tearsheet earlier this year. “A lot of this stuff we’re doing specifically to hit the underserved.”

That’s why while startups like Wealthfront and Betterment are probably more interested in competing with legacy firms like Vanguard and Charles Schwab, partnering with Acorns helps PayPal execute on its mission, providing a previously exclusive financial services offering to the underbanked population PayPal has been targeting so aggressively. Acorns attracts a lower-income part of the market but beats other robos at scale. It manages $528 million, as of this September, and 2.4 million accounts. Other digital investment companies have fewer users with significantly larger accounts: Wealthfront has $8.2 billion in assets under management and 194,000 accounts as of October, and Betterment manages $10 billion in assets and 353,000 accounts, according to recent SEC filings.

The average minimum deposit required to work with traditional wealth management firms is $50,000, according to CB Insights.

On top of having better scale, trading frequency is significantly higher at the micro-investing level than it is for the higher net worth investor. Acorns is set to have done a billion trades by the end of 2017, according to Lindsay Davis, an analyst at CB Insights, which would be about 17 times Fidelity’s trading volume.

Acorns also has both merchant and consumer partnerships that PayPal can bring into its network. Today more than 150 big-name consumer brands like Nike, Apple and Expedia are part of Acorns’ Found Money program, which allows users to automatically “round up” the amount of a purchase when shopping with certain merchants and invest the difference.

PayPal, which led Acorns’ $30 million funding round last year, began its rollout of the service today and plans to complete it by early 2018, at which point PayPal will have yet another feature to monitor customer data and behaviors: checking Acorns account value, monitor investment contributions and managing recurring and one-time transfers to Acorns. PayPal already has one of the most aggressive partnership strategies, using its more than 22 partner agreements with the biggest banks and tech companies to bring more customers into its consumer network à la Alipay.

0 comments on “With Acorns deal, PayPal turns into a bank”