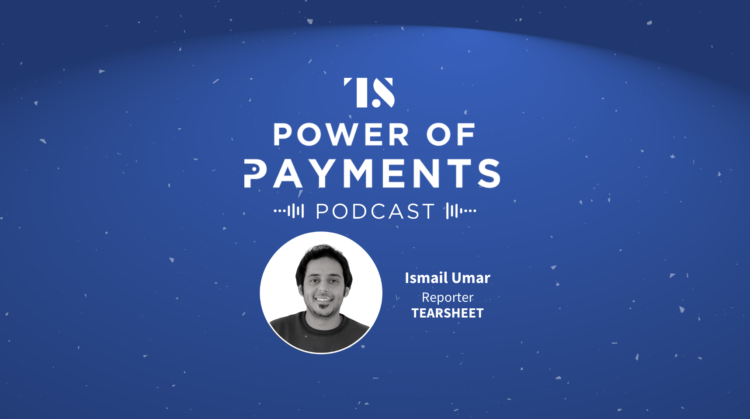 Welcome to the first episode of Power of Payments, Tearsheet’s new bi-weekly podcast that will take you through the recent developments in the world of payments and their wider implications for the industry.

In the inaugural episode, we talk about the changing relationship between BNPL and credit scores, cryptocurrency payroll, Apple’s new Tap to Pay feature, and ‘Save Now, Pay Later’ -- a new alternative to BNPL.

Even though BNPL has become a wildly popular payment option, it hadn’t really caught the attention of regulators and credit agencies until recently. But that’s starting to change. Credit bureaus in the US are now working to implement standardized credit reporting plans on BNPL loans.

In December 2021, Equifax became the first credit bureau to announce that starting this year, it will implement a standardized process for incorporating BNPL transactions in credit reports, including smaller purchases. Its two major competitors, TransUnion and Experian, are not too far behind either. They’ve also teased their own BNPL approaches, as BNPL continues to attract the attention of regulators.

This development is probably also linked with the recent news about the Consumer Financial Protection Bureau, which issued a series of orders to five of the biggest BNPL players -- Affirm, Afterpay, Klarna, Zip and PayPal -- and asked them to share more information on the risks associated with BNPL loans.

BNPL providers are currently in talks with credit bureaus about regularly reporting their data, in a move that they say should benefit both lenders and consumers.

Tom Aliff, risk consulting leader at Equifax, said in an interview that the data that’s currently not being reported fully is a blind spot for lenders. He argues that adding these installment plans to credit reports will help provide lenders with a more comprehensive look at consumers’ financial situation. On the other hand,  consumers with thin credit files who make regular on-time payments could build a respectable credit history over time and boost their FICO scores, sometimes by as much as 21 points, according to an Equifax study.

But that’s only half of the story, at least from a consumer’s perspective. Missing an installment payment can already harm a shopper’s credit rating, even though a lot of activity is currently not being reported. A Credit Karma study found that 34% of BNPL users missed one or more payments, and 72% of these consumers believed that their credit score had declined because they had missed these payments.

So, how will this development impact the future of BNPL in particular, and alternative payments as a whole? Siamac Rezaiezadeh, director of product marketing at London-based payments firm GoCardless, shared his thoughts on the matter with me:

“I think Equifax’s move to include BNPL payments within credit card reporting could lead to heightened awareness among consumers of how their spending can hurt their scores. But I think this awareness can only be a good thing, particularly if it encourages consumers to shop responsibly, but also to keep a better handle on what they are spending across different BNPL providers.

When it comes to a better payment solution, paying with your bank account is the best way to minimize the chances of missing a payment – simply because bank accounts don’t expire, they don’t get lost, and the vast majority of payments fail – if they do fail – because of insufficient funds. You can’t say the same about card-on-file payments, where card expiration and blocks by the issuing bank are the root cause of a high proportion of payment failures. Typically around 10% of card payments will fail, but when consumers are paying directly from their bank account, this drops to around 2.5%. In a world where credit scores are impacted when a payment fails, this now really matters.”

How viable is the crypto paycheck?

One of the first companies to launch a crypto payroll service in November 2020 was Deel, a payroll and compliance platform for international remote teams and independent contractors.

Deel Crypto was launched in partnership with Coinbase, and it allows contractors who use the Deel platform to withdraw their paycheck in a cryptocurrency of their choice, as long as they have a Coinbase account. Deel claims the service allows near-instant withdrawals with low processing fees, while offering the security and efficiency of blockchain technology.

Initially, Deel Crypto only supported withdrawals in bitcoin, ether, and XRP. But due to popular demand, it also added support for USDC and Solana at the end of last year.

Deel’s corporate clients include some major names like Coinbase, BlockFi, and Rarible. The firm recently raised over $400 million in a Series D funding round to reach a valuation of $5.5 billion.

Deel may be one of the bigger firms to get in on the crypto paycheck, but it’s definitely not the only one. A number of companies have started to offer similar services recently, including Bitwage, BitPay, and Strike.

Just a few weeks back, institutional bitcoin broker NYDIG announced the launch of a Bitcoin Savings Plan to let employees of participating companies get paid in bitcoin. The firm says this perk will allow employers to stand out and to attract and retain the best young talent.

Employees can choose what percentage of their salary gets converted to bitcoin by NYDIG’s platform. The bitcoin that’s traded and held by employees as part of this service is stored in NYDIG’s cold storage system, and it doesn’t incur any transaction or storage fees.

Companies that have already signed up for NYDIG’s Bitcoin Savings Plan include Q2, MVB Bank, Vantage Bank, and sustainable bitcoin mining firm Iris Energy. NYDIG is also offering the service to its own employees.

Demand for the crypto paycheck is growing, especially among Gen Z and young millennials. In a recent survey, NYDIG found that 36% of employees under 30 said they would like to receive a portion of their pay in bitcoin. And nearly one in three of those employees said that when choosing between two identical jobs with different employers, they would choose an employer that helps them get paid in bitcoin.

Crypto payroll might be gaining popularity among the international remote working community, but it still has a long way to go and many challenges to deal with in the coming years.

The first and most obvious challenge is that of volatility. Even the bigger and relatively more “stable” cryptocurrencies like bitcoin and ether are prone to massive price shifts in the span of a few months. This makes them highly unpredictable and unreliable as a means of regular payment, particularly for people who rely on their salary for paying rent or for basic survival.

Crypto is also not sufficiently integrated with existing banking systems. Although DeFi platforms are growing, most existing financial tools like credit cards don’t work with crypto, which limits usability.

Payments firms and crypto firms will need to contend with these challenges before they can start to successfully replace traditional payroll on a large scale.

What Apple’s Tap to Pay feature means for POS

Apple’s new Tap to Pay feature will allow US merchants to accept Apple Pay and other contactless payments through a simple tap on their iPhone, with no additional hardware or payment terminal required.

The merchant would still need a payment acceptance app of some sort, but they would no longer need a plug-in or Bluetooth card reader. Apple’s announcement only mentions iPhones, but the technology could theoretically be applied to other Apple devices as well.

Stripe will be the first payments platform to offer Tap to Pay on iPhone to their business customers, including the Shopify Point of Sale app this spring. Other payment platforms and apps will follow later this year.

Apple’s new offering provides merchants with an alternative to Block’s Square Reader, which similarly accepts contactless payments. Apple’s initial announcement brought Block’s shares down by more than 3%, although after dipping initially, Block’s shares mostly recovered to close down less than 1%.

Sam Shawki, CEO of contactless payments technology firm MagicCube, says that although Apple devices are not universally used and may be too expensive for merchants in some markets, the Apple announcement does create more momentum for similar, software-based payment acceptance from Android and other operating systems. He believes that this announcement is less about Apple versus Square, and more about software versus hardware.

As BNPL use continues to grow, consumers are finding themselves under a growing debt load. Accrue Savings is a startup that has spotted this opportunity to introduce a new payment mechanism built around increasing savings. The firm calls it ‘Save Now, Pay Later’, as an alternative to BNPL.

So how does SNPL work? It starts with shoppers finding an item they like on a retailer’s website – or directly on Accrue’s website – where they are presented with savings plans for that product, with a cash reward attached to reaching certain savings goals. Once the shopper has chosen a savings plan, Accrue Savings opens them an FDIC-insured savings account through Blue Ridge Bank.

As users reach different savings goals, they are rewarded with cash contributions from the retailer, which incentivize them to continue saving. Once the funds have been raised, the transaction is completed, and shoppers can buy the item they had been saving for.

Michael Hershfield, founder and CEO of Accrue Savings, says that for the past 40 years or so, innovation in the payments space has been focused on credit options. There are no incentives or rewards, and no integration that makes it easier for shoppers to save up for the things they want. Hershfield believes that this leads to unnecessary debt for consumers, and it’s also an obstacle to long-term brand loyalty.

In this environment, Accrue Savings has entered the industry with the philosophy that helping people achieve savings targets and move away from credit will actually change the relationship between brands and consumers, and promote sustainable financial growth in the industry.

Of course, it remains to be seen whether this philosophy will catch on and actually become a viable alternative to BNPL in the coming years.